You missed it. You really missed it! For a cost less than a trip to Disneyworld, you can spend a week in Ecuador surfing some great waves at uncrowded beaches every day. That’s right-every day. We never saw a day without the waves breaking somewhere. I can’t recall ever surfing seven straight days in my life before this trip. We got a great workout and had a great time.

Never say that you have lived life to its fullest until you have ridden with Tommy Proctor driving the BRT (big red truck) on I-95. Let’s just say the trip went by in a hurry.

Member and Board Director Ray Hobbs gets a big shout-out for his assistance with our trip. He gave us a steep discount at a Hampton Inn near the airport in Miami that he manages, let us park the BRT there for free for the week we were gone, and arranged for transportation to and from the Miami airport for us and our surfboards. Thanks again, Ray.

Thanks to some friends of ours in Charleston who had made the trip to Ecuador several times before, we connected with Gabriel Loor, a native Ecuadorian, who works as a surf guide. Gabe is 31 years old but is a very well respected person in Ecuador. A local referred to him as “The Prince of Ecuador”, and that he is. He speaks fluent English, holds a college degree and is an excellent surfer. I don’t think he has one ounce of body fat on him. Surfing daily probably helps with that. He is a super-nice person to boot.

Gabe picked up Val, Tommy, Teresa Rogers and me from the hotel in Guayaquil on Saturday. We made the three hour drive to Ayampe, stopping for lunch at a great seafood restaurant in some small coastal town on the way. We passed shrimp farms and mountains of salt piled up. There were lots of small fishing towns with trawlers in the ocean on the way to Ayampe. We arrived in time for a surf session Saturday afternoon. Ayampe has a beach break that Gabe says always has waves. Paddling out on long boards in big surf at beach break is always a challenge but we were able to do it.

Although we were very close to the Equator, February is during the rainy season in Ecuador (when the best swells come). It really didn’t rain that much and it never affected our surf sessions. However, it was overcast most of the time which kept the air temperature very comfortable. The water was surprisingly cool and refreshing. I guess the water temperature was in the high 70’s. The tides are similar to what we see here in Charleston.

We had planned on going to San Mateo for several days, which is a town a few hours further north with a fantastic left point break. Unfortunately, it requires a northern swell to work and the swell our week there was from the south. We ended up staying the entire week in Ayampe, a small town with dirt roads but lots of good restaurants and places to stay. In addition to the locals, people from all across the world were there. Fortunately for us, almost everyone speaks at least a little English, the universal language, so we were able to communicate fairly well. I learned that Google Translator is a great app to have on your cell phone. Accommodations were nice. The cabins were clean and quiet and had air conditioning.

Our cabina was a short walk from the surf and there was a great ocean bar from which to watch the sunset and drink an adult beverage at the end of the day. The food was delicious and prices for food, lodging, groceries and supplies were very, very reasonable.

Thirty minutes south was a larger town with more people, beach activity and nightlife. We watched the sun set at a neat beach tavern. Vendor tables lined the streets and all sorts of items were for sale. It was a very colorful scene at night. Thirty minutes to the north was another larger town with a well-stocked grocery store ($40.00 bought a lot of stuff), waterfront restaurants, and many commercial operations such as gasoline stations. This is where Gabe had to go to get a flat tire fixed. Although these places were nice, personally I enjoyed just chilling in Ayampe.

A typical day had us drinking coffee at 7:00 a.m. at the breakfast spot then heading out for a surf session. We ate breakfast after surfing most days. The local surfers were very friendly and there were plenty of waves for everyone. We saw several long board riders but most surfers had short boards. I think I saw one SUP in the water the entire week. Ayampe offered yoga lessons and in nearby towns were horseback riding, snorkel diving and nature hikes. Val and Teresa took advantage of some of those opportunities while Tommy and I opted for massages.

Ecuador is certainly a third world country but the people were very friendly and laid-back. It was very relaxing down there when we weren’t surfing.

No traffic jams, loud noises or obnoxious people. The cell service and Internet service was more than adequate. I was surprised to learn that almost no one drinks tap water in Ecuador, including the locals. It is safe for showers and such but lots of bottled water is sold in that country. We found coastal Ecuador to be a very safe area. Teresa may have a different view of Quito, the Capital of Ecuador located in the mountains, where she went after the week at the coast. There, a friendly little smiling boy approached her then snatched her cell phone and ran off, never to be seen again. 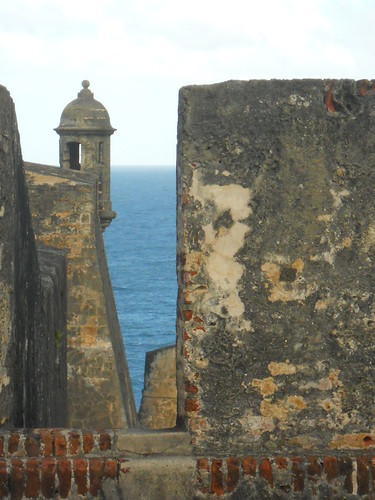